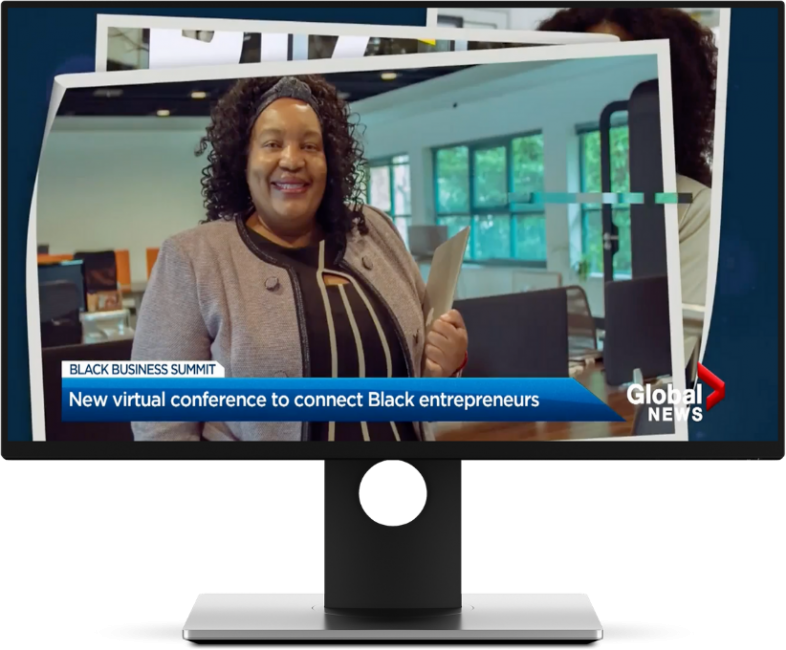 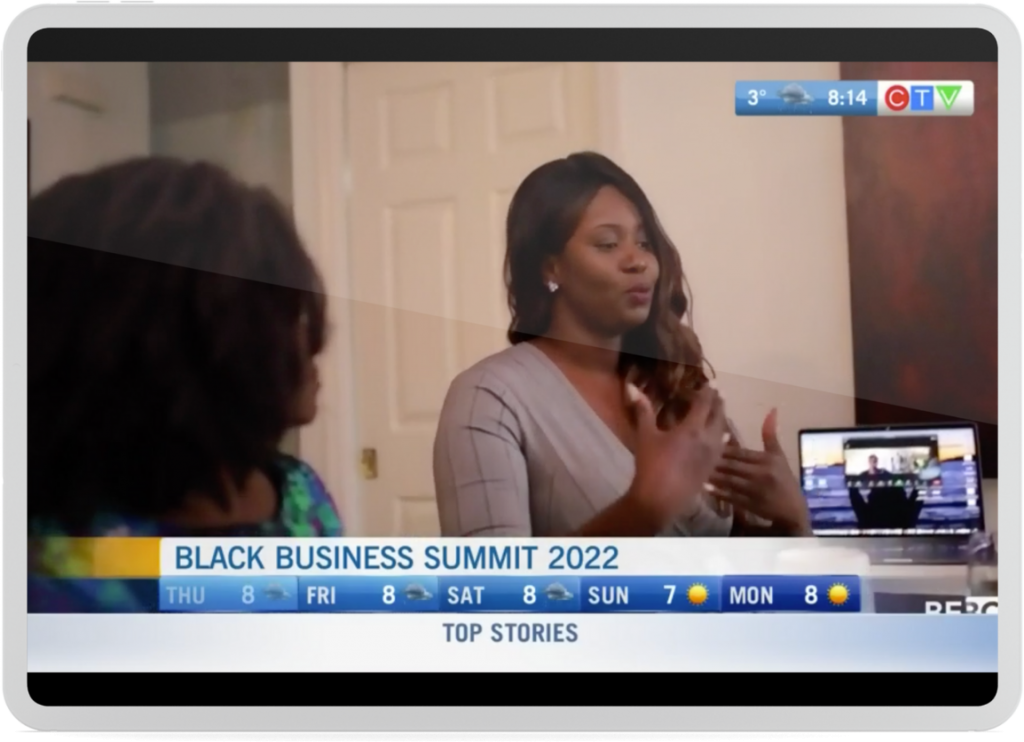 The Globe and Mail:

How Black entrepreneurs are working to knock down barriers to capital

How Black entrepreneurs are working to knock down barriers to capital 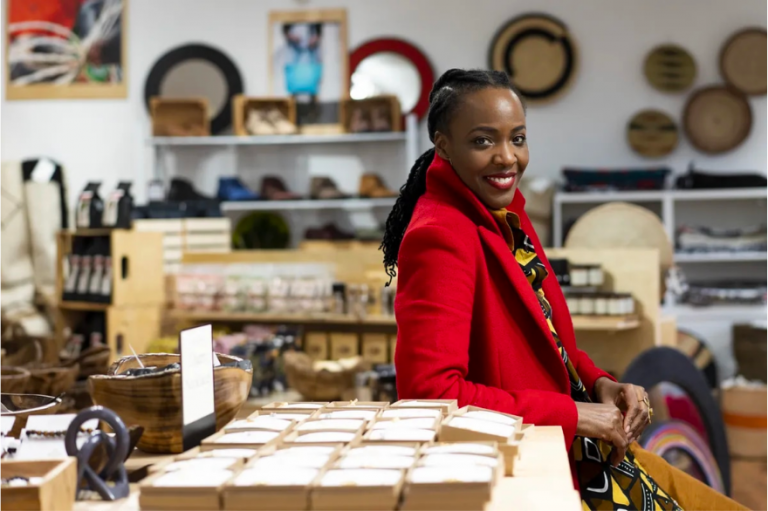 Jackee Kasandy, co-founder of the Black Entrepreneurs and Businesses of Canada Society, at her business Kasandy on Granville Island in Vancouver.

JIMMY JEONG / THE GLOBE AND MAIL

For years, Jackee Kasandy worked as a marketing manager in the private and public sectors, but what she really wanted to do was to run her own business. And yet, whenever she tried to get one off the ground, she ran in to an obstacle Black entrepreneurs are disproportionately likely to face: No one would lend her money.
She couldn’t get a loan from a bank because she didn’t own a house to use as collateral. And because she immigrated to Canada from Kenya as an adult, she didn’t have family members nearby who could co-sign a loan or put up collateral on her behalf.

“We don’t have generational wealth, and so without that you can’t get the funding you need to do business, to be an entrepreneur,” Ms. Kasandy said.

She, and many Black business leaders, are hoping to change that. By launching their own programs and pushing for changes at financial and government institutions, they say they hope to give Black entrepreneurs the same opportunities to succeed as everyone else.
Black entrepreneurs are more likely than other business owners to face systemic barriers. Like Ms. Kasandy, many of them lack the collateral they need to get their businesses started. According to a Statistics Canada study, only 48 percent of Black Canadians owned homes in 2018, compared with an average of 73 percent among all Canadians.
Black entrepreneurs have described lack of access to capital as one of their biggest business challenges. An Abacus Data survey of more than 300 Black entrepreneurs, commissioned last year by Senator Colin Deacon and the African Canadian Senate Group, found nearly eight in 10 respondents said it would be difficult or impossible to find even $10,000 to support their businesses. Less than one in five said they trusted banks to do what is right for them.
The death of George Floyd in 2020, and a subsequent wave of attention to the systemic discrimination faced by Black Canadians, opened the door to progress, Black business leaders say.
One of the biggest programs to launch in the past two years has been the Black Entrepreneurship Loan Fund, a $291-million partnership between the federal government; the Business Development Bank of Canada; a coalition of Black business groups called the Federation of African Canadian Economics (FACE); and two credit unions: Vancity and Alterna. The program provides loans of up to $250,000 to Black business owners and is administered by FACE. 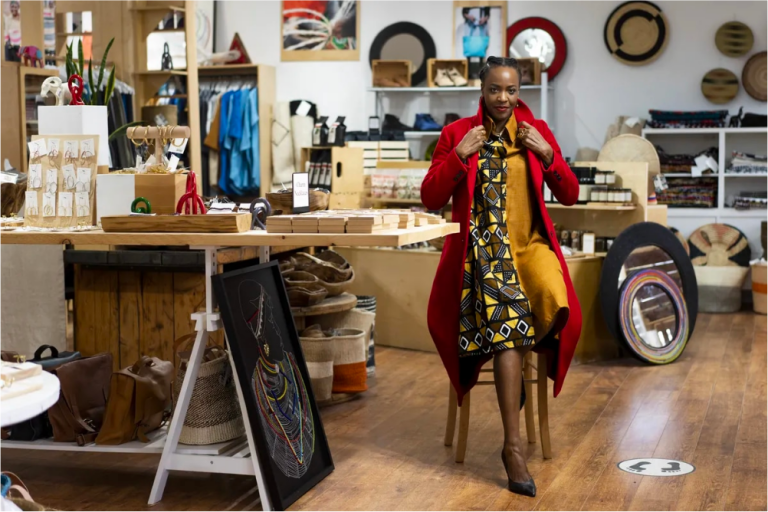 Ms. Kasandy used a combination of her personal savings and credit cards to launch her fair-trade home goods store because she couldn’t get a loan.

JIMMY JEONG / THE GLOBE AND MAIL

Tiffany Callender, chief executive officer of FACE, said her organization is able to help Black entrepreneurs access loans by, for example, accepting lower credit scores than most banks will, which may be useful to new Canadians who haven’t had enough time to build up their credit.
“We define what is risk,” Ms. Callender said. “We are able to decide what the floor is for credit scores. And what else we can see as being of value to the business. We can look at and contextualize more than just the numbers. Because the people who are administering the loan fund are from that community as well.”
The financial partners of the Black Entrepreneurship Loan Fund, Vancity and Alterna, are also running a microloan credit program, which provides loans of between $10,000 and $25,000 to Black business owners in British Columbia and Ontario. It is built on other micro loan programs the credit unions had been running for years.Larger financial institutions are also taking some steps to connect better with Black communities.
For example, last year Toronto-Dominon Bank launched a strategy to rebuild trust with Black customers by hiring more Black staff and conducting anti-Black racism training for employees, including credit adjudicators.
Al Ramsay, vice-president of LGBTQ2+ and Black customer segments at TD, said the bank is committed to becoming an authentic ally to Black communities and is holding focus groups to better understand the issues Black customers are facing.
But while TD has donated $10-million to the Black Opportunity Fund, a charity formed by a group of Bay Street leaders, it has not joined the Black Entrepreneurship Loan Fund or similar credit programs. And Mr. Ramsay said the bank has no plans to make institutional changes, such as reforming its loan criteria, which Black business owners have said unfairly exclude them.
“Our approach to this is it’s not going to be solved by a loan program per se,” Mr. Ramsay said. “It will be solved by us delivering the bank and having our employees out there, on the front lines, working with the community to give them that access to capital.”
Ms. Kasandy eventually did manage to quit her marketing career and open her own business in 2015: a fair-trade home goods store on Vancouver’s Granville Island. Because she couldn’t get a loan, she said, she used a combination of her personal savings and credit cards to launch the business. Two years in, she said, she was offered a business loan of just $30,000 – far less than the $1-million in sales the business did in a year.
To help other Black entrepreneurs access financing, she co-founded a new group called the Black Entrepreneurs and Businesses of Canada Society. On Thursday, the group will hold its inaugural Black Business Summit, where Ms. Kasandy said she hopes to bring together business owners and representatives from financial institutions and government, to work together on ways of knocking down some of the systemic barriers faced by Black entrepreneurs.
“We’re not looking for handouts,” Ms. Kasandy said. “We’re just looking for the opportunity to be counted like everyone else.”

Get To Know Us

As a business hub, we support & have touch points with 2000+ Black businesses in Canada by providing access to resources and supports available for BEBs (Black Entrepreneurs and Businesses), ensuring every BEB has easy, quick, and clear access to what they need to keep their businesses sustainable.